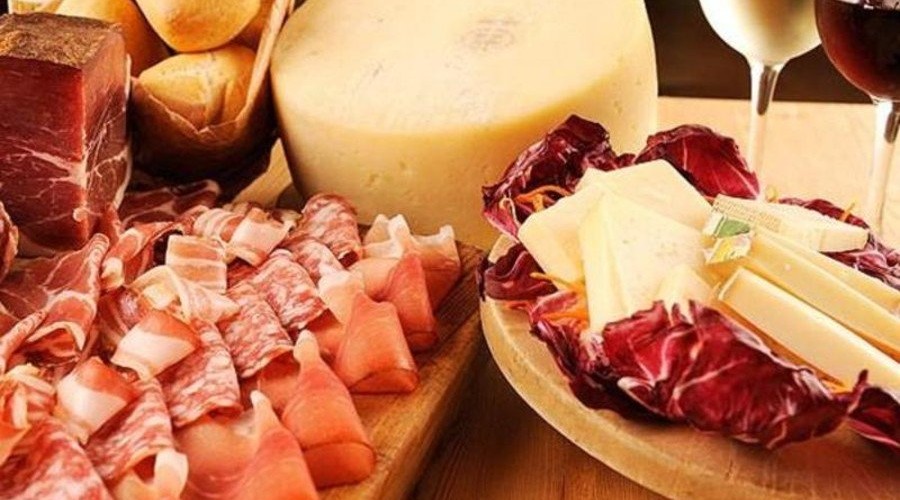 Taking a gastronomic tour starting from the Podere Pietreta farmhouse means being spoiled for choice: the enological heritage, of absolute excellence, sees more than half of the production reserved only for quality wines while the Tuscan culinary tradition reflects its peasant and simple origin. It is a gastronomy that enhances the goodness of the genuine raw materials that make it up and the names of acquacotta and ribollita already refer to a rural society that makes a virtue of necessity.

Acquacotta is a soup with products from the garden and the chicken coop; the ribollita, on the other hand, is essentially made up of black cabbage, beans and bread: it was often boiled and eaten in the days following its preparation. 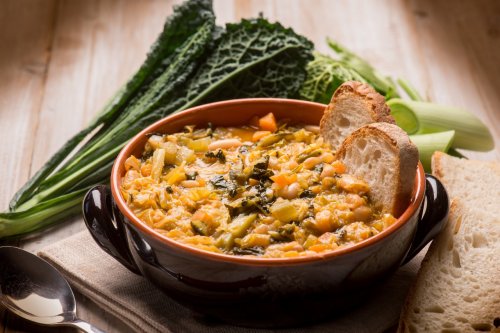 Among the Tuscan soups not to be forgotten: the garmugia is a soup made with broad beans, artichokes and peas. The Lombard soup is the original Tuscan recipe for bean soup, which was offered to the Comacine masters and other Lombard workers at work in Tuscany.

The deserving beans 'all’uccelletto' are, however, sautéed with a little tomato and sage. The soup of the scenzia includes beans, flour and lard. The use of stale bread to give strength to soups is another constant of poor traditions; it is the basis of both pappa al pomodoro, with a sauce made with garlic, parsley and basil, and panzanella, where the starch is combined with salads with onion and celery. The unsalted Tuscan bread (silly bread) is very famous, crunchy and tasty.

The tradition of bruschetta (fettunta) is particularly inspired in this region. Bread is simply seasoned with good Tuscan oil or anchovy, liver or olive paste is used.

Among the traditional pastas, pici are large and served with duck or crumbs, fried breadcrumbs sprinkled with chilli. Strozzapreti, typical of Arezzo and Siena, which already in their name echo the well-known Tuscan anticlericalism, and pappardelle, are often seasoned with wood sauces: hare, wild boar, duck and / or mushrooms. 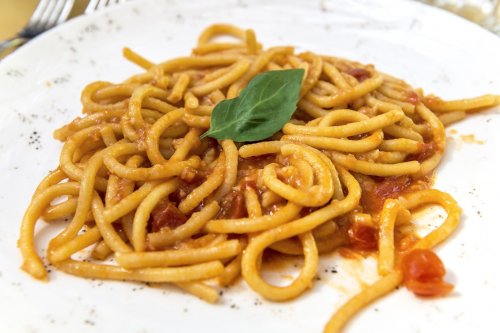 Among the second courses, game have a place of honor: wild boar scottiglia is a delicacy of the Maremma; traditional is the duck with fennel seeds with pancetta; the truffled pheasant is amazing; giblet cibreo is an original preparation of chicken livers and crests. Not to be missed is the buglione: the lamb, previously marinated with wine, is boiled for a long time, in a sauce with wine, tomato and broth. Stracotto con gli spinaci is a great boiled meat of veal and beef muscle in a mixture with chicken entrails. 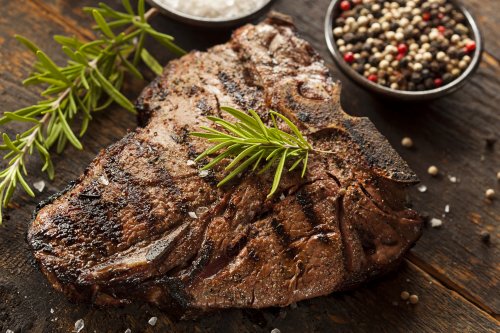 Lovers of sweets… do not miss the brigidini, the panforte, with almonds, honey, cinnamon and cloves, the dry cantucci to be dipped in vin santo, the rice cake and the ricciolina cake, a typical dessert of Radicofani.

The soul of Tuscan gastronomy are the typical products and raw materials, since Tuscany has been able to protect and celebrate biodiversity. Very famous are the ham and the wild boar sausage, the salted pork loin, the buristo, based on boiled and pressed pork head and rind, the pecorino of the Crete Senesi, dry and intense, and that of Pienza, soft because covered with sludge of oil. 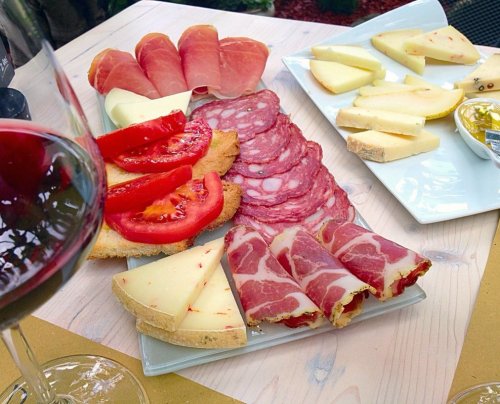 And then again the sweetest and most fragrant Marzolino ovino del Chianti, the aromatic lard of Colonnata, the Finocchiona, pork salami flavored with fennel and wine, the white truffle, the Pisan blackberry courgette and an amazing series of quality, with distinct and different taste and olfactory characteristics, depending on whether it is the Sienese hills, the Pisan hills, the Arezzo hills, oil from the Lucchesia or Lunigiana.

The great Tuscan reds have been the driving force in the evolution of Italian enology into great international enology. The Super Tuscans have strongly contributed to the affirmation of Italian oenology abroad as quality oenology. The Chianti, savory and with velvety tannins, is a careful blend of Sangiovese, Canaiolo and Trebbiano Toscano: the Classic and Gran Riserva versions are precious. The Brunello di Montalcino, robust, dry, warm and persistent, is made from 100% Sangiovese grapes.

The other DOCGs of absolute excellence are the Vino Nobile di Montepulciano, ruby, ethereal and persistent and the Vernaccia di San Gimignano, straw yellow, dry and penetrating. In recent years, alongside the historic provinces with a wine vocation, great satisfactions have come from Grosseto with Morellino di Scansano and Bianco di Pitigliano. Other excellent DOCs are Candia dei Monti Apuani, Montecucco and Montescudaio. 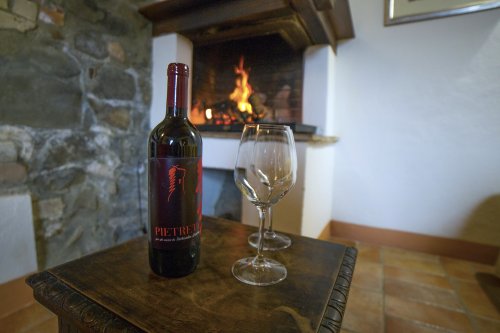 At Podere Pietreta a natural red wine of great depth and harmony is produced.